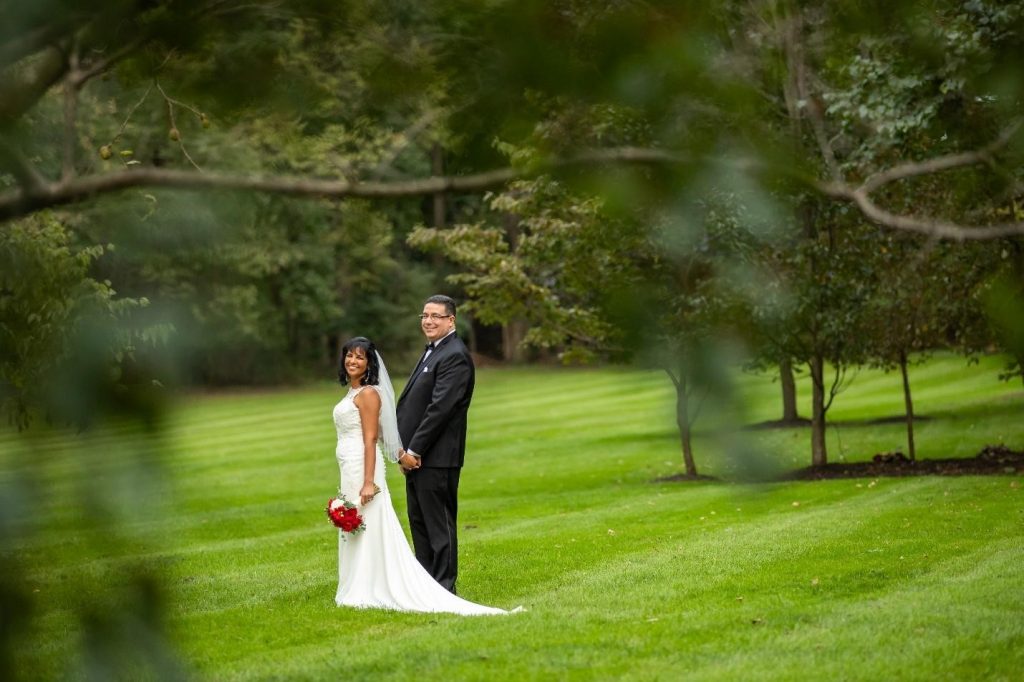 My schedule was full, raising my daughter as a single parent, and building an academic career. When my daughter grew up, I took advantage of the new freedoms afforded to me as an empty nester. Even amidst international travel, ministry opportunities, wonderful friendships, and career advancement, I was forced to admit that the empty nest still felt empty. But I struggled to muster the courage to leave the narrow, constrained box I had placed myself in through my choices.

In the summer of 2016, three friends, without knowing each other, recommended that I take decisive steps to begin dating. “Move! Do Something!” they urged. I was angry at them for identifying my fear. But I knew I should not ignore three independent voices, all communicating the same message in the space of five days. Signing up for an online dating site felt sleazy and just plain wrong. I tried to unsubscribe after three months because I was disgusted with the experience. But the system failed to unsubscribe me. Although they would not refund my money, the customer service representative ensured I could successfully unsubscribe after another three months. Again, I was angry.

At least two times in the first three months, the online system had listed John as a possible match. But I chose to ignore his minimal two-sentence profile (with a grammatical error!). In the second three months, John initiated contact. His first email asked what I meant by describing myself as “spiritual, but not religious” in my four-paragraph profile. With that catalyst, we began an e-mail exchange about faith.

Dating was a paradigm shift for me. Just walking into a restaurant with someone was brand new. The first thing that struck me about John was he was solid, steady, and well-grounded from the inside out. I felt emotionally safe, a massive victory given my abusive background. Our relationship grew incrementally by building a solid friendship. I did my due diligence to figure “us” out rationally from spiritual, social, cognitive, and financial angles. After my extensive analysis, I decided we did not fit together because of our many differences. I treated each of our dates during the first several months as if it would be the last because I assumed it would be.

Mostly, I was afraid.

I tried to minimize the risk of being hurt again by thinking through as many contingencies as I could conjure. I had locked the door to my heart from the inside, and I was the only one who could unlock it. Breaking free required a giant risk. Would I trust God with my heart? With my future? With my life?

Throughout my childhood and adulthood, fear had been the dominant force in my life. Tormenting fear bullied everything else into submission. Nothing seemed big enough to conquer it. But there is something bigger than fear.

Love. Love evicts fear and expels every trace of terror.

The revelation of how much God loved me positioned me to be able to receive the gift of John’s love. Before John ever said the words, “I love you.” I knew it. I felt it. I saw it. He demonstrated love first over many months before he ever said the words.

After over a year of wrestling and wrangling, long mental and written lists of pros and cons, and hours of thinking about this relationship rationally and logically, my conclusion was seven simple words: “I just want to be with John.”

As John and I celebrate our second wedding anniversary (Where did the time go?), I reflect on my choice for love instead of fear. The journey was far superior to anything I could have envisioned. I was never going to get married, but said, “I do” to the love of my life. I had convinced myself that an online dating site would not result in a match, but we are now one of the success stories. I did not consider John’s online profile worth a response but committed myself to him, “till death do us part.” I indeed experienced another Divine Reversal, a 180 degree, God-sized turnaround.

I still look at John and marvel. Marvel that he is here. And we are together. And I am filled with such joy. And peace. And gratitude to God.

What are you afraid of? Will you choose to allow God’s love to dwarf your fear today?

“There is no fear in love [dread does not exist], but full-grown (complete, perfect) love turns fear out of doors and expels every trace of terror! For fear brings with it the thought of punishment, and [so] he who is afraid has not reached the full maturity of love [is not yet grown into love’s complete perfection]. We love Him because He first loved us.” I John 4: 18-19 AMPC 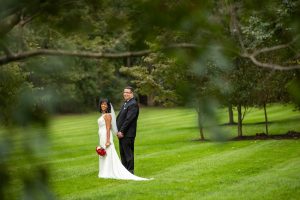 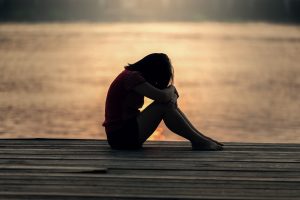 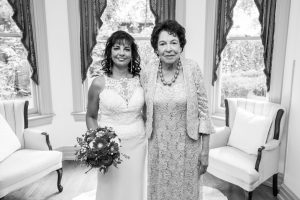 I don’t know when I will see my mom again. I can’t do anything to see her sooner rather than later. The uncertainty is wrenching. 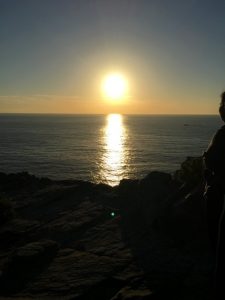 Let There Be Light

As an island girl (read more about my story here), one of my favorite forms of relaxation is sitting in 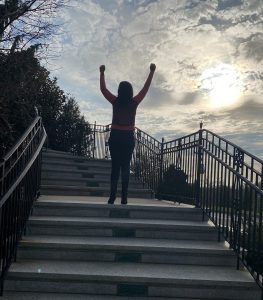 (That’s me pictured above!) Yay!!!!!  It’s less than a week away! The release of my first book. The publication of my memoir entitledDivine 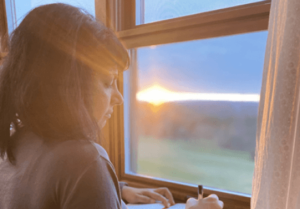 Be the First to Hear!
Sign up for blog posts, exclusive news and updates from Divine Reversal!